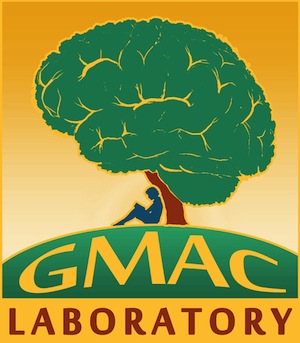 This series of studies examines the impact of three independent variables (executive function problems), technological anxiety (FoMO/nomophobia) and boredom on academic course performance as mediated by daily smartphone use, studying attention span and classroom digital metacogntion. Three samples of young adult student participants have completed surveys, personal observations and used a app to monitor daily smartphone use. A first model test (without boredom) showed the importance of both FOMO and EF problems in predicting course performance as mediated by digital metacognition and studying attention. A second and third replication included boredom as a potential third independent variable and the data are currently being analyzed.

Changes in Technology Uses and Attitudes Over Time

Data from a series of nine studies over 5 years have administered the Media and Technology Uses and Attitudes Scale (MTUAS) to similar junior and senior general education students. In addition, data from an app that monitors daily smartphone unlocks and minutes have been collected from three samples of young adult college students over the past two years. These data are being examined for trends across time.

Smartphone Use Among High School Seniors

A pilot study of 36 high school seniors who installed a smartphone app showed that they unlocked their phones 70 times a day for a total of 277 minutes. This study will be run with a larger number of high school seniors who will collect and reflect on their usage and then be taught skills to reduce their use to determine the impact on well being and social connectedness.

Using the fNIR, GSR and heart rate monitor devices, neuroimaging data will be examined in a mock interview setting.

A study conducted by Ryan Butler (Principal Investigator), Yoslin Caro, and Stephanie Torres which examines the potential learning benefits of virtual reality when compared to traditional methods (via paper).  Two groups of participants are assigned to view a chosen educational application through it’s original virtual reality form or on a paper transcript.  Each group is given the same quiz containing pertinent information form the app, then are assessed for their total of correct questions.  Participants are also assessed on their technology usage via the Media and Technology Uses and Attitudes Scale (MTUAS). 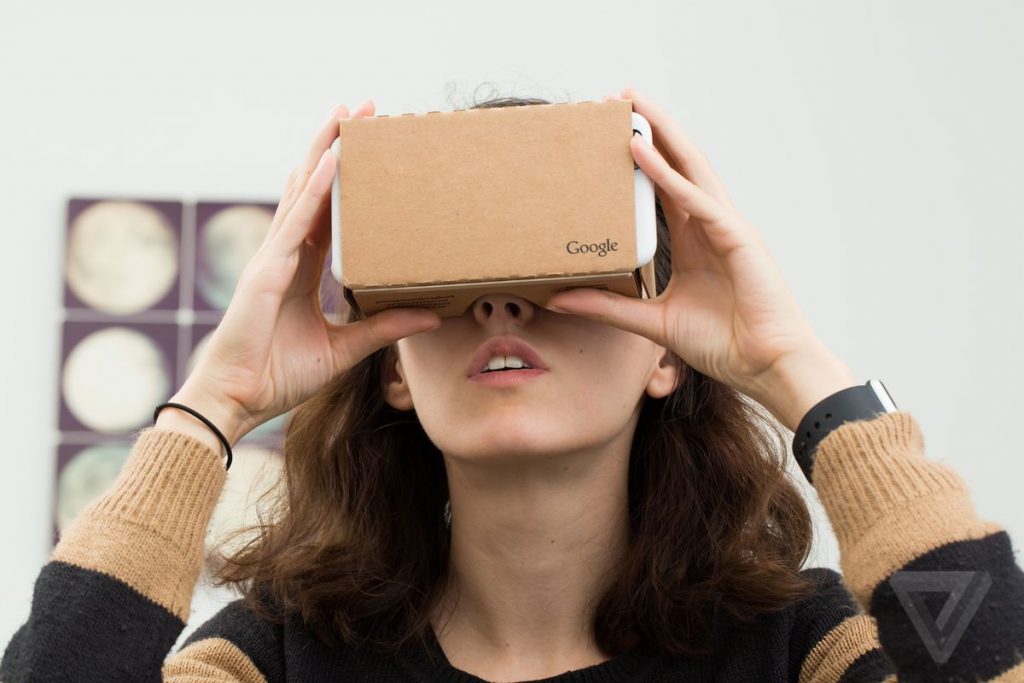 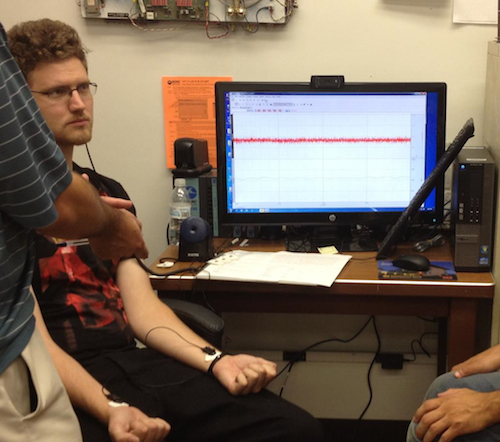